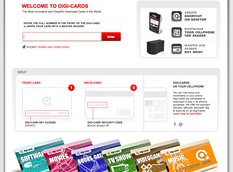 After months of beta testing Digi-cards officially launched its new and improved download gateway site today. This new landing site for most Digi-cards end users is the most advanced download system in its kind. This system will allow users to download all types of multimedia faster then ever, not only to their PC′s but all models of smart mobile phones either by streaming or direct downloads. "This has become the largest investment made to Digi-cards and puts us above all download card systems in the world, we are very proud of it." Gerardo Alton Ortega CEO of Vital Digital LLC announced. The new system allows easy integration of other soon-to-be released applications; it is fully customizable and has the fastest processing speed available. You can now test drive it here www.digi-cards.net via PC or phone. Digi-cards are the fastest growing multimedia download cards in the world with specific content download cards patents pending. 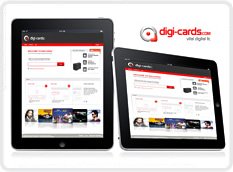 Digi-cards download gateway and its upgraded Digi-cards 3.0 are fully compatible with the new Apple iPad and its operating system. End users of Digi-cards will be able to stream music & video instantly and are able to open most files straight from the iPad. Although no actual file downloads are available due to the restrictions from iTunes and the operating system itself, end users will be able to run the multimedia instantly without limitations. However, all multimedia files from Digi-cards will be available to upload through iTunes when downloaded from any personal computer as done previously with the iPhone. Digi-cards continues to be the worldwide leader in multimedia distribution via cards. Digi-cards will unveil its much anticipated new Digi-cards 3.0 download gateway in the next week, offering faster downloads, larger file size capacity and more efficient with LAN, WAN and Mobile networks. 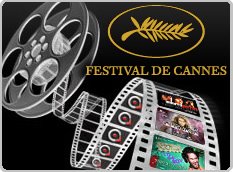 Digi-cards are in search of rookie short-film directors that will be distributed during the Cannes Film Festival this May. Digi-cards is putting together the new Digi-cards 3.0 for video, movie and film distribution to be launched during the world′s most prestigious film festival. Only 40 Short films will be selected to be distributed via digi-cards during the length of the festival by film promoters. Digi-cards 3.0 have a capacity of up to 2.5 GB of High Definition and Blu-Ray quality video. Each Digi-cards will carry a no longer than 12 minute short film with the Director′s bio and contact info. Film Directors or Producers that would like to participate please email us through our contact page, include contact information and links to the short films. Selected films will be contacted by our staff after April 12th deadline. Digi-cards are the world leaders in multimedia download cards with over 30 million Digi-cards sold or under contract. 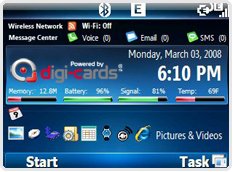 The new Digi-cards 3.0 and all of its mobile friendly technologies are fully compatible with the new Windows Mobile 7 operating system. This makes Digi-cards the most versatile download cards, with 99.9% of compatibility with all smart phones, worldwide. Currently Digi-cards 3.0 are compatible with: (Market Share); Symbian (50.3%), RIM Blackberry (20.9%), Apple iPhone "Streaming Only" (13.7%), Windows Mobile (9%), Google Android (2.8%), Palm or Linux (3.3%). Digi-cards (Patents Pending) are the most secure multi-media download cards with an active presence in more than 30 countries worldwide. 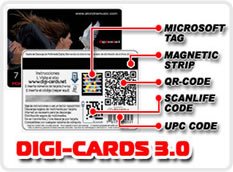 All Digi-cards distributed around the world will have full mobile-snap-download capabilities thanks to its new 6-in-1 integrated applications. Digi-cards, with all its patent pending technologies will allow customers around the world to easily download multimedia by a number of different ways: either manually following instructions, or swiping the magnetic strip (with a magnetic strip USB reader), or snapping or tagging it with a mobile device, as well as scanning the Digi-cards themselves (UPC, scan, etc.). All these options make Digi-cards the most innovative & advanced multimedia download cards in the world. Digi-cards are patent pending digital multimedia download cards with a market presence in over two dozen countries, worldwide.


Digi-cards has reached a important milestone by signing the last remaining Latin-American country on its list this past week during MIDEM and now, plans to continue its expansion in Europe are in motion. Gerardo Alton-Ortega, CEO of Vital Digital LLC parent company of Digi-cards met with Luis Velez, CEO of Bicho Raro SA. de CV. (Mexico) and Giacomo Di Mase, CEO of OrangePark (Italy) during the convention to talk future strategies and globalization. Bicho Raro now owns licenses in eight (8) countries throughout Latin-America and has started a very aggressive promotional campaign in Mexico to introduce the new Digi-cards concept to potential clients and consumers. Gerardo also talked about the future expansion in Europe announcing the set up of a satellite office in the Monaco area to operate the new strategic European growth plan. (Picture) Luis Velez (Bicho Raro), Gerardo Alton Ortega (Vital Digital LLC), Giacomo Di Mase (Orange Park).


Vital Digital, LLC, parent company of Digi-cards will add 12 more countries to its list of exclusive product distributors. Next week Vital Digital, LLC will sign with eight (8) more countries through its current Mexico partner, most of them in Central America and Caribbean, for the continuous growth and commercialization of Digi-cards and all of its products. Vital Digital, LLC will also sign Letters of Intent with the Nordic States (Norway, Finland, Denmark and Iceland) for distribution rights of Digi-cards for the next nine (9) years. These meetings will take place in Monaco and Cannes around the MIDEM (World Music Convention). Digi-cards is the fastest growing multimedia delivery systems via cards company in the world.

DIGI-CARDS 3.0 WILL DEBUT DURING MIDEM IN CANNES, FRANCE. 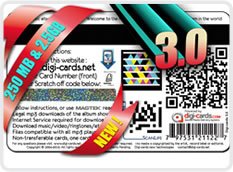 The first batch of Digi-cards 3.0 which have faster downloads, 75% more capacity and are compatible to all mobile applications will make its debut through the hands of some lucky MIDEM 2010 attendees this coming week. Gerardo Alton Ortega, CEO, will hand carry the first batch with him during the Conference, as will the heads of his Mexico and Italy Distributorships. Digi-cards have evolved to be the fastest and most advanced download cards system in the world, and many of its clients now include numerous Fortune 500 companies as well as multinational corporations with applications including music, multimedia & promotional cards to confidential document delivery cards. 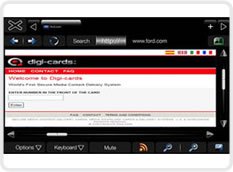 One of the best received surprises during CES 2010 was the new "MyFord Touch" multimedia dashboards which look like the way of the future for all automobiles and the best thing for all is that Digi-cards are fully compatible with it′s system. "There is no doubt in my mind that the future is starting to shape up the way we expected, with Internet access in all vehicles, full compatibility between different technologies and all of this to give consumers access to infinite possibilities. "With this latest release (MyFord Touch) I envision people buying digi-cards while pumping gas to be immediately downloadable fast and secure to their vehicles, to their phones, to their computers and finally to their Home entertainment systems, the last three we had, now we are happy to inform you that the first one is now a fact" Gerardo Alton-Ortega (CEO) said.


Bicho Raro SA. de CV, distributor of Digi-cards Mexico, signed one of the largest single artist deals to be distributed in Blockbuster Video stores scheduled for release this Christmas. The deal which totals 500,000 Digi-cards is the largest single order to date of the newest multimedia distribution system Digi-cards. Luis Velez, CEO of Bicho Raro SA. de CV. announced that starting this Christmas, Blockbuster will distribute multi-platinum recording artist Diego Shoening′s album in conjunction to a promotional rental deal. When asked why Digi-cards was chosen, representatives of the company answered "We have never seen anything more convenient and logical in which to distribute multimedia, not only is it a financial and logistical dream, but the data that can be collected from end-users will provide incredible value for us, we have not seen a better physical method of distribution than this in years". The Diego Shoening Digi-cards album "Lo que soy" contains 11 songs in HD audio, along with ringtones, wallpapers and HD videos.